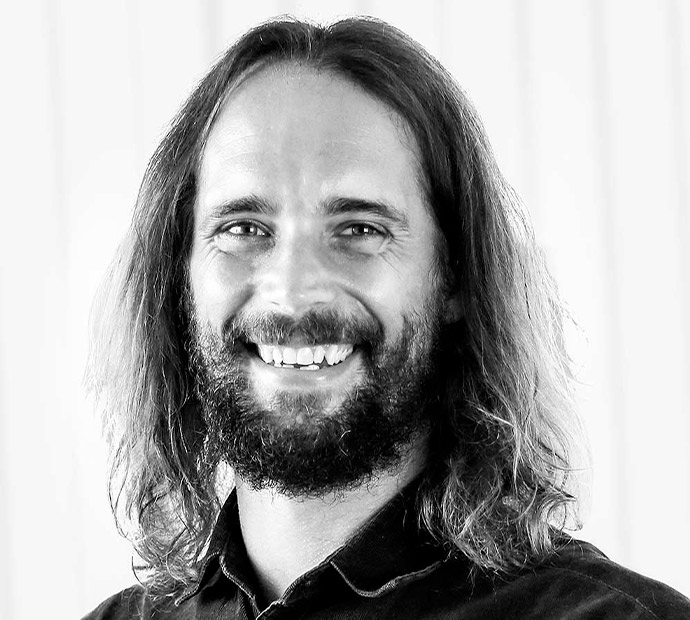 With his extensive knowledge of the combination of software and drones, former CTO at Plan2Fly, Morten Skov, has agreed to become part of the Advisory Board in Plan2Fly.

He believes that Plan2Fly offers a range of tools that can help companies see the potential in using drones and thus also Plan2Fly’s platform.

With his extensive knowledge of the combination of software and drones, former CTO at Plan2Fly, Morten Skov, believes that we need to develop systems that can realize the drone’s great potential.

The drone must be treated as a real tool

(S): How long have you been working with drones?

Morten Skov (M): – I have been working with drone technology as part of the world of research for 6-7 years.

(S): What do you find interesting in the use of drones?

(M): – I think it’s very exciting to be able to program robots to act in the real world. This is something we have been working on in the world of computer science for many years: simulating robots and agents. When you can get them out into the physical world and make that interplay, it becomes interesting. The drone has some possibilities that you have not seen before. Not just because I’m a technology enthusiast, but also because I think technology can solve some of the problems we have in society.

(S): What have you typically dealt with within the drone area?

(M): – I have worked with two areas within the drone area.

One has been to integrate intelligence into the drones and build some algorithms that allow them to behave correctly in the context they are in – for example, to detect humans so that they do not fly into them.

The second has been how we can work on putting different types of sensors on the drones to collect data and use this in a sensible way. I have investigated potential challenges and whether a sensor can help solve this problem, based on the processed data.

(S): In your eyes, what does it take for the drone industry to get a commercial breakthrough?

(M): – What Plan2Fly is doing with creating a platform that can handle drone related tasks an jobs and communicate them in a meaningful way is really good. I think it has been a challenge to find the tasks and get them distributed to people who can solve them. I believe that it can create a momentum to use more drones in the future.

To see the long-term perspective, we need to develop systems that can handle drones if they are flying around an urban space or if there are just many of them. Both so that, as mentioned earlier, they do not fly into people, but also that they do not bump into each other. So there are a couple of security challenges that need to be addressed before the drone can really be used commercially.

In addition, drones must be properly integrated into the airspace. We need to treat drones as more than just toys and see them more as a tool – and a tool requires systems that can support it. Drones have so far been very research-based or have been used on a hobby level. That is changing now. But if we really want to realize the vision that drones should be able to help us with all sorts of things, then we need to stop perceiving the drone as a hobby item.

(S): Can you put a few words on why you joined Plan2Fly’s Advisory Board?

(M): – I have previously been employed at Plan2Fly, where I have helped with the development and establishment of the current platform. Plan2Fly has some potential and can offer a range of tools that can make the use of drones easier and more accessible across different businesses.

With my knowledge of software and drones, I hope I can help to point in the right direction. I have a good insight into which software systems one can use, how to use them and what is possible within a given time frame. In addition, I would like to contribute with a broad network and knowledge of what is currently going on – both in terms of research, but also commercially.

“If we really want to realize the vision that drones should be able to help us with all sorts of things, then we need to stop perceiving the drone as a hobby item.”

(S): Where do you especially see the justification of Plan2Fly?

(M): – We need a tool that can put the use of drones in system as well as facilitate it in a professional way, so we are sure that professional pilots solve a job according to their clients wishes. I believe this will help companies see the potential in using drones and thus also Plan2Fly’s platform.

This website uses cookies to improve your experience while you navigate through the website. Out of these, the cookies that are categorized as necessary are stored on your browser as they are essential for the working of basic functionalities of the website. We also use third-party cookies that help us analyze and understand how you use this website. These cookies will be stored in your browser only with your consent. You also have the option to opt-out of these cookies. But opting out of some of these cookies may affect your browsing experience.
SAVE & ACCEPT